Bill and Melinda Gates: Here’s what it will take for the world to escape COVID-19 ‘catastrophes’ 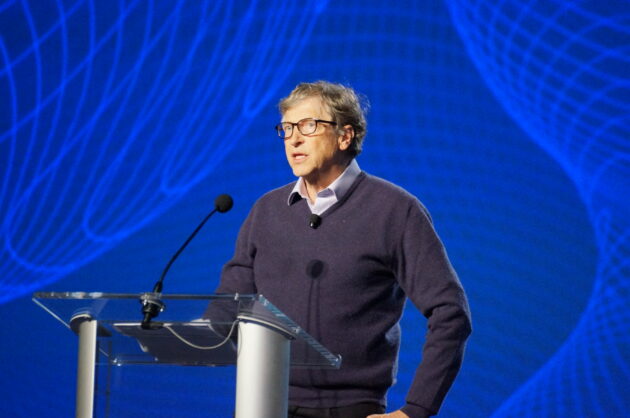 Bill and Melinda Gates paint a stark picture of COVID-19’s impact on the world in a new report, saying the pandemic is undermining efforts to reduce poverty, hunger and illness, while setting back initiatives to improve education, economies and equity around the word.

But the problem could actually get worse, they warn, without a cooperative global response to the pandemic.

The Gates Foundation tracks the world’s progress against the UN’s Sustainable Development Goals in the annual “Goalkeepers” report. In recent years, all 18 measures for those goals were improving. But this year, Bill and Melinda Gates note, “on the vast majority, we’ve regressed.”

We’re in the middle of “a series of mutually exacerbating catastrophes,” they say, quoting from an article about the 1918 pandemic, and saying it fits our current situation.

“We cannot rebuild health systems, economic systems, educational systems, and food systems — to say nothing of making them better than they were when this year began — until the virus that is tearing them all down is under control,” they add.

“There is no such thing as a national solution to a global crisis,” they write. “All countries must work together to end the pandemic and begin rebuilding economies. The longer it takes us to realize that, the longer it will take (and the more it will cost) to get back on our feet.”

The Gates Foundation, World Health Organization, the European Commission and others in April launched the Access to COVID-19 Tools (ACT) Accelerator, with the goal of boosting development and distribution of COVID-19 vaccines and therapies. The group is calling for an additional $35 billion in funding to support the equitable development and distribution of vaccines.

Overall, the Gates Foundation has committed more than $350 million in funding for COVID-19 initiatives, including vaccine development and distribution.

Bill Gates has been outspoken about the risks of COVID-19 and the need for a global response since the early days of the pandemic. He warned about the possibility of such an outbreak years ago.

The Goalkeepers report, released Monday night, cites research from Northeastern University indicating that almost twice as many people could die from COVID-19 if rich countries buy up the first 2 billion doses of vaccine rather than ensuring they are distributed in proportion to the world’s population.

“There is no such thing as a national solution to a global crisis,” the Gates Foundation report says. “All countries must work together to end the pandemic and begin rebuilding economies. The longer it takes us to realize that, the longer it will take (and the more it will cost) to get back on our feet.”

Bill Gates went into more detail on a conference call with reporters, clarifying that he believes some consideration should be given to countries for funding vaccine initiatives.

“One positive thing is that the United States has done very substantial funding for the research and the trials,” Gates said. “In return for that, the idea that there is some capacity set aside, that prioritizes doses going to the United States, I don’t think that’s out of line.”

He added, “The one thing the United States has not done, as yet, that I’m very hopeful it will, is allocate substantial resources for the vaccine procurement and other drugs and diagnostics for the pandemic. If they would couple that with their funding of the R&D, and facilitate these vaccines being made in many factories, then you’d have the complete picture there.”

“So, no one is saying that there shouldn’t be any recognition of where the trials are done, where the R&D funding has come from, but the way to deal with this problem is to have that capacity be as large as possible.”