Bill Gates Sr., 1925-2020: Microsoft co-founder’s father made his own mark on Seattle and the world 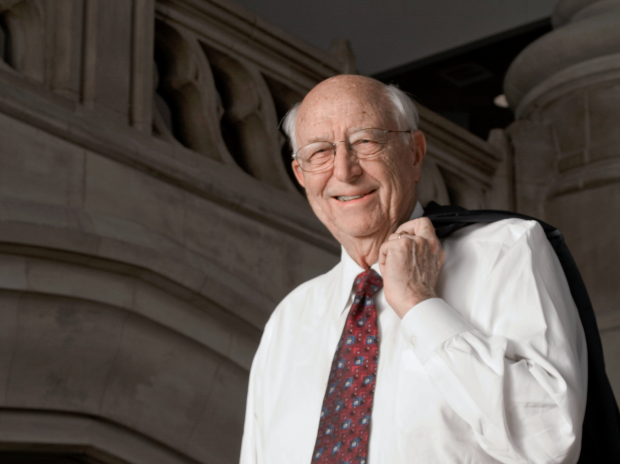 “My father’s death is a tremendous loss for our family and the many people whose lives he touched. Dad lived a long and enormously meaningful life,” Bill Gates Jr. said in a statement issued by the Gates family.

“I never stopped learning from his wisdom, kindness, and humility,” he added. “Melinda and I owe him a special debt because his commitment to serving the community and the world helped inspire our own philanthropy. Although he would be the last person to say it, my father’s compassion and generosity will live on in the foundation he helped build. As I’ve said many times before, my dad was the real Bill Gates. He was all the things I strive to be.”

In a post on Twitter, Microsoft CEO Satya Nadella said, “Bill Gates Sr. is an important part of the Microsoft story; he helped shape our culture, played a vital role in our community, and influenced our philanthropic programs. We send our condolences to the Gates family and gratitude for Bill Sr.’s enduring legacy.”

“It is difficult to overstate what he meant to me, to our family, and to our foundation,” Melinda Gates said on Twitter.

We will miss him, but we will forever catch glimpses of him in the people whose lives are changed by the work our foundation supports—and in the loving moments our family shares. pic.twitter.com/xBqVOyGS4Y

He “was truly one of the world’s most remarkable people,” said Ana Mari Cauce, president of the University of Washington, where Gates Sr. was a longtime member of the Board of Regents.

People who knew Gates Sr. said they were struck by the loss of someone who was so generous, humble and giving in a time when society is confronted by sometimes overwhelming challenges: a global pandemic, the struggle to address entrenched racial inequities, bitterly divisive politics, and death and destruction from wildfires whose ferocity is linked to climate change.

For Marty Smith, a former partner at the Preston Gates & Ellis law firm and good friend of the elder Gates, memories of Bill Sr. help to guide him during these difficult times.

“He never backed down from a challenge,” Smith said Tuesday. “You don’t back down and you keep optimistic about it and you try to work with the community.”

Smith admired Gates’ ability to bring some levity to stressful situations and his “basic core humanity that ‘saw’ everyone around,” which meant he acknowledged people, whatever their role in the world.

In their reflections on Gates, friends and colleagues struggle to narrow down the attributes they most admired. He was praised for his respect for women and commitment to making sure they were heard and had leadership opportunities. People recounted his ability to carefully listen to others and consider their stories and input.

In an email interview for a 2015 GeekWire profile, Gates Sr. was self-deprecating when sharing his thoughts for the next generation of community leaders.

“I doubt my advice is any more sage than the next person, but one thing I propose is for people to find a cause they care about and make time to show up for it,” Gates Sr. said at the time. “In my view, it is essential that tomorrow’s leaders get involved in public service early on. Whether that’s volunteering at a food bank, tutoring math students or serving on a local board, contributing to your community is important work — and it happens to be incredibly satisfying.”