Coronavirus: Celebrities are working from home — just like us 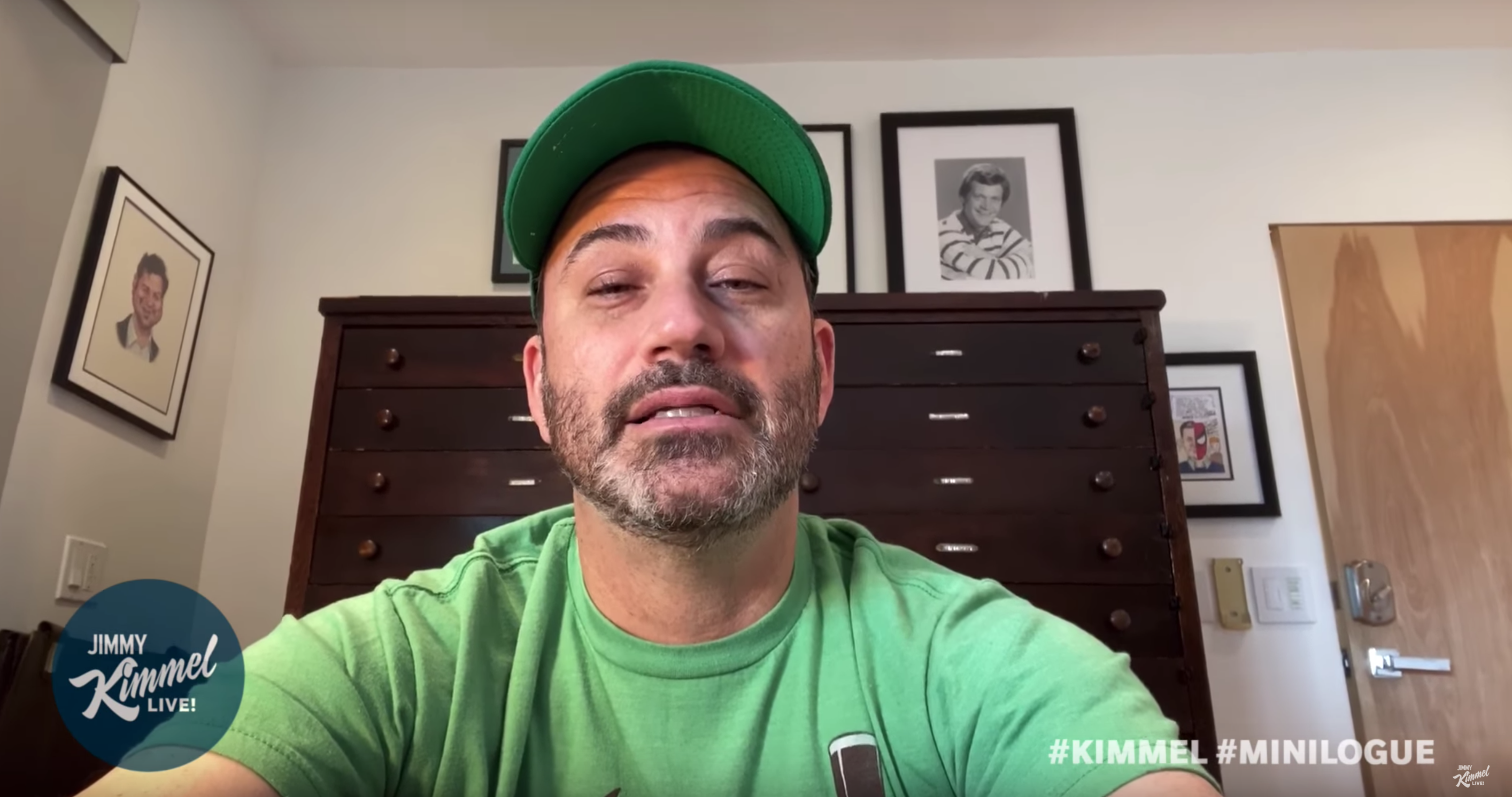 At a time like this, we all have to adapt — even celebrities.

While many Americans have left their offices to telecommute during the coronavirus lockdown, television stars and musicians are also discovering what it’s like to work from home.

Coronavirus: Brazillian leader calls lockdown efforts ‘a crime’ Coronavirus: Are gun stores essential? Governor sidesteps that question, leaves it to the counties San Jose Sharks: No plans to slash staff, ask for pay cuts Police employee finds surplus cache of masks, and SJPD donates them to hospitals for COVID-19 fight House Hygiene: How to keep coronavirus from coming home   Jimmy Kimmel, for example, is delivering “Quarantine Minilogues”  from his crib in Southern California, joking about how he has “nothing to do” and has felt “incarcerated” at times. And suddenly, his blood type is “Disney+” after watching “Frozen 2” over and over with his two young children.

Other late-night hosts are also doing the at-home thing. Stephen Colbert, for one, has produced comedic video segments from his bathtub and alongside his backyard fire pit while sheltering at home.

Unfortunately, the results aren’t always blessed with studio-like quality. During an at-home video featuring Seth Meyers, the NBC host acknowledged that he’s still working out the kinks with sound and video problems.

“Shout out to the YouTubers who have been doing this for a long time,” he said. “You’re making us pros look like real dopes. I tip my cap.”

The pros had better get used to it because, in the coming weeks, TV will rely even more on their homework in the form of three major broadcast specials.

Fox on Wednesday announced that it will air “The iHeart Living Room Concert for America” on Sunday, March 29 (6 p.m. PT/9 p.m. ET). Hosted by Elton John, it’s a commercial-free hourlong benefit event aimed at providing “entertainment relief and support for Americans to help fight the spread of the COVID-19 virus and to celebrate the resilience and strength of the nation during this pandemic.”

The program will feature performances by Alicia Keys, Backstreet Boys, Billie Eilish, Billie Joe Armstrong, Mariah Carey, Tim McGraw and more, from their own homes, filmed with their personal cell phones, cameras and audio equipment. (Let’s hope they have the latest version of the iPhone).

Similarly, CBS will air “AMC: Our Country” at 8 p.m. Sunday, April 5. It’s a two-hour special that has country music stars presenting acoustic performances, along with some “intimate conversation,” from their dwellings via video chat.

Producers say it will be a night filled with “entertainment, hope and reflection, bringing the healing power of music to Americans at a time when they need it most.”

CBS has also scheduled “Homefest: James Corden’s Late Late Show Special” (10 p.m. March 30). Jokingly touted as a way of “bringing people together to keep people apart,” the show will feature Corden from his garage, chatting with celebrity guests, and will include musical performances by BTS in South Korea, Andrea Bocelli in Italy, Dua Lipa in London and Billie Eilish with FINNEAS and John Legend in Los Angeles – all from the safety of their homes, of course.

Meanwhile, CBS also announced that “The Late Show with Stephen Colbert,” which has been on hiatus, will return with new episodes Monday, March 30. Colbert and his staff and crew will continue to work remotely.

Is there really no place like home? Stay tuned. We’re about to find out.