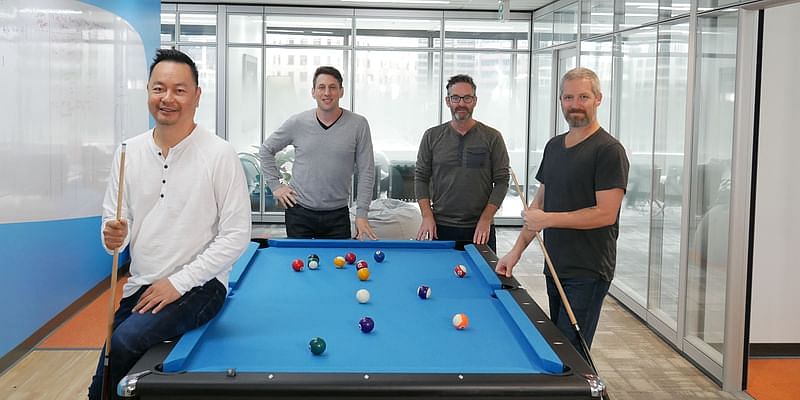 Amidst the pandemic, when most sectors were facing disruptions, edtech, gaming, and content streaming services saw massive growth — both in usage and new user addition.

For instance, online gaming startups such as Nazara Technologies, Baazi Games, and Paytm First Games have seen a huge spike in user engagement and traffic during the lockdown.

Earlier, in August, Lumkai — a venture capital firm focused on gaming and interactive media — launched a venture fund that will support up to 20 early-stage investments with cheque sizes between $200,000 and $2 million.

According to Maple Capital Advisors, the industry has attracted about $350 million in investments from venture capital firms between 2014 and the first few months of 2020, growing at a CAGR of 22 percent.

Here are 10 online gaming startups that raised funding amidst the pandemic.

Earlier this month, GoodGamer — daily fantasy sports and esports gaming app — raised $2.5 million in its seed funding from an undisclosed group of investors.

The skilled-based platform allows users to enter daily fantasy contests to win real prize money. The app claims to have reached 250,000 registered users within the first month of its launch.

ALSO READ The rise of fantasy sports in India, and startups to watch out for in the space

Founded in 2008 by Harsh Jain and Bhavit Sheth, the Mumbai-headquartered startup has brands such as Dream11, FanCode, DreamX, and DreamSetGo in its portfolio.

Recently, the 12-year-old startup won the IPL title sponsorship rights with a bid of Rs 222 crore, replacing Chinese mobile phone company Vivo for a four-and-a-half-month deal. Dream11 has been among the IPL sponsors for a couple of years now.

The gaming startup became a unicorn in April 2019 after a secondary investment by Steadview Capital, the Asia-focused alternative asset manager.

Founded by an IIT-ISB team — Bharat Gupta and Pritesh Kumar — FanPlay looks to create a unique proposition in Real Money Gaming (RMG) with live video integration, and takes social gaming to the next level with high interaction between the hosts of the games and players.

The startup said the funding bolsters its position to ace the product-market fit and scale its operations in the coming months.

Founded by Nishant Patel, Rakesh Ramchandran, and Siddharth Nayyar, the startup has been clocking over 15 million monthly impressions across the web, video, and social media.

In August 2020, Delhi-based Baazi Games raised a seed round of $2 million from its existing investor Udtara Ventures for its RummyBaazi platform. It will infuse another $1 million to expand its Rummy platform in India.

Fanspole, a Mumbai-based fantasy gaming platform, in August raised an undisclosed amount in a pre-seed round from Better Capital.

The social gaming startup was founded by college friends Aniket Shinde and Hardik Gondaliya in 2015. Fanspole is a free app that helps users to create and play public and private contests.

The sports fantasy startup supports major sports and esports, including cricket, football, Call of Duty, Free Fire, and more. It claims to have raced to achieve over 250,000 fans, playing 70,000+ contests with zero marketing spend.

Started by brothers Yashash Agarwal (CEO), and Gaurav Agarwal in 2015, Gamezop licenses HTML5 games from developers and embeds them in popular apps — including Myntra, Grofers, ShareChat, MX Player, Glance (InMobi), and PhonePe — enabling users of these apps to play games casually or competitively for cash.

In June, Bengaluru-based gaming platform Bombay Play raised $1.5 million in its pre-Series A round led by Leo Capital, along with angel investor and Co-founder of Livspace Ramakant Sharma.

Founded by IIT Kanpur graduates Dilsher Singh Malhi and Siddhant Saurabh in 2018, Zupee runs live quiz tournaments on its app, in which users compete with friends and other players for prizes.

The app has over 2,000 live quiz tournaments running through 24 hours every day, covering over 100 topics that range from Bollywood, Hollywood, and Sports to Maths, Spelling, and Hinglish, among others.

In January 2020, Gamerji, the esports tournament platform, raised $400,000 from La Gajjar Group — an investment group based in Ahmedabad.

Founded in 2019 by Soham Thacker and Varun Gajjar, the Ahmedabad-based startup allows new-age gamers to compete, communicate, share content, and win cash prizes by conducting more than 18 tournaments every day. It presently conducts tournaments for in-demand games like Clash Royale and Call of Duty.