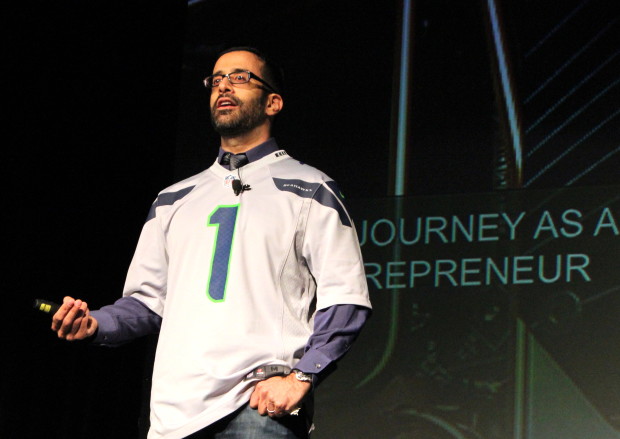 The company, which has been backed by celebrity investors including Mark Cuban and Ashton Kutcher, raised $31 million in the initial coin offering three years ago. In charging the company, the SEC said Unikrn “failed to register the offering or qualify for an exemption.”

The $6.1 million settlement represents “substantially all of the company’s assets,” the SEC said in a news release.

In a statement on its website, Unikrn said the SEC established guidelines after the ICO which “applied retroactively, raised many questions with regards to the future of UKG.”

“Unikrn’s priority was in growing and innovating the Unikrn platform while trying to find common ground with the SEC that would allow us to promote the merits of UKG,” the company said. “Short of that, our other option was to reach settlement on UKG’s past and discontinue it moving forward so that our energies could be effectively directed.”

In a public statement, SEC Commissioner Hester Peirce said she disagreed with her colleagues’ determination that the ICO constituted a securities offering.

“While many SEC enforcement actions in this space include allegations of fraud, Unikrn falls within the narrower category of token issuers charged only with violating Section 5 of the Securities Act,” Peirce said. “In other words, Unikrn is alleged to have offered and sold its tokens in an unregistered offering and in a manner that did not qualify for an exemption; it is not alleged to have engaged in any fraud in doing so.”

She continued, “The challenge of discerning a clear legal line is especially difficult with respect to new forms of business and novel technologies. Entrepreneurs may be forced to choose between unpalatable options: expending their limited capital on costly legal consultation and compliance or forgoing their pursuit of innovation due to fear of becoming subject to an enforcement action. A regulatory safe harbor could resolve this unhappy dilemma.”

Kristina Littman, chief of the SEC Enforcement Division’s Cyber Unit, said in a statement that the settlement “allows us to return substantially all of Unikrn’s assets to already-harmed investors and includes measures to prevent future sales to retail investors, including the disabling of the tokens.”

Asked about the financial implications of the settlement, Sood told GeekWire via email, “Unikrn will continue to operate our business, we just had to get this put behind us so we could focus on the future. We’re not going anywhere.”

Unikrn also reached a settlement with the Washington State Department of Financial Institutions on charges of violating state registration provisions related to its ICO.

ICOs are a controversial and popular mechanism for companies — typically in the blockchain and cryptocurrency industries — to raise money. Anyone, not just accredited investors, can buy tokens to be redeemed for items on the issuing company’s platform, or converted to more mainstream cryptocurrencies such as Bitcoin and Ethereum.

Founded in 2014, Unikrn runs an esports betting platform across the globe, allowing people to bet on eSports matches much like they do with traditional sports.

“Although this agreement also means Unikrn will need to discontinue support for UnikoinGold, it won’t stop us from innovating on payments and on the blockchain,” the company said. “We will continue to offer regulator-approved wagering and other services with major currencies including: Fiat Currencies, Bitcoin, BitcoinCash, Ethereum, Dogecoin, GUSD, USDC, PAX, BUSD, Ripple and others. Going forward, Unikrn will also consider other options internationally based on community feedback.”

See the full SEC order below.