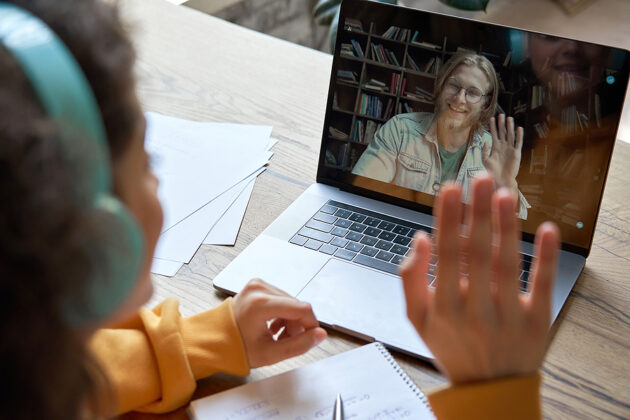 Thousand of students in Washington are still struggling to connect to online learning. (BigStock Photo)

Now a few weeks into remote back-to-school, some of Washington’s K-12 students and educators are finding that internet connectivity is a digital divide that they still can’t span as COVID-19 has forced much of life online.

The fraction of kids without digital devices like laptops and tablets has shrunk to about 6% in Washington state. But roughly 11-to-17% of students, or between 121,000 to 194,000 kids, don’t have a reliable connection to the internet, according to new data from the Office of the Superintendent of Public Instruction (OSPI).

The gap in connectivity is due to a combination of factors that vary geographically, including a lack of broadband service or other infrastructure in rural areas, and prohibitively high costs for connecting in more urban spaces.

Tanya Hannah, chief information officer for King County, said the lack of online access is a largely invisible problem that for years has plagued our communities. But in the pandemic, harm caused by the digital divide — particularly for children — is confronting us.

In King County, which includes urban areas such as Seattle and Bellevue as well as rural towns, 20% of households lack adequate internet service, according to a study released in July. Many of those homes include children.

“How are they connecting?” Hannah said. “If there’s no in-person school, how are the kids learning?”

But given the tremendous costs and urgent need around connectivity, many government leaders, nonprofits and private ventures are throwing what they can at the problem to make improvements as quickly as possible. The King County, for example, was able to earmark $1.5 million to help people connect right away.

Speaking to the holes in digital access, Hannah said “it’s impacted our future — kids are our future.”

“It’s up to us to make that generation thrive,” she said. “The generation before us did it for us, and that’s the legacy you hand down. I wouldn’t want my legacy to be that we left behind a whole generation.”

Here’s a roundup of efforts to get families connected as soon as possible:

Dozens of senators including Washington’s Sen. Maria Cantwell and Sen. Patty Murray recently sent a letter to the Federal Communications Commission (FCC) asking its commissioner to apply its E-Rate program to residential sites.

For more than 20 years, E-Rate has paid for schools and libraries to connect to the internet. Given that COVID-19 and remote learning have turned homes into de-facto schools, the lawmakers argue that the program should be applied to households. The Washington senators are also co-sponsoring the Emergency Educational Connections Act, which appropriates $4 billion to fund residential connectivity.

Sen. Cantwell also this week testified in favor of legislation to improve broadband service on tribal lands, which are among the most poorly-served areas.

OSPI in August received funds from the federal CARES Act and will be allocating $8.8 million for connectivity. The state education department this week expects to finalize contracts with two vendors and is working with a third. The dollars will pay for internet connectivity for low-income students who lack service in their homes.

OSPI is also asking state lawmakers for $89 million for the 2021-22 school year to pay for mobile hotspot devices and services, residential broadband connections, and tech devices.

Seattle’s Internet for All

The City of Seattle this month released the action plan for its Internet for All initiative that was announced in May. Seattle has broadband access citywide, but affordability puts it out of reach for some. A 2018 study found that while 95% of Seattle households had online access, more than one-third of the city’s lower-income homes don’t have an internet subscription.

The plan includes helping spread the word about programs already in place to cover internet costs and expanding publicly-available free connections, such as extended access outside of libraries.

Comcast last week announced that Seattle is among 12 U.S. cities to receive WiFi-connected “Lift Zones” in area community centers. The free online access will target low-income students and should be available by the end of the year. Comcast said it would support connectivity at the locations “as long as we need to.”

As previously reported, the COVID-focused All In WA campaign launched a statewide effort in early September called the Digital Equity Initiative to bring technology to students who lack it. Microsoft, the Seattle Seahawks and Puget Sound Energy were initial donors to the effort.