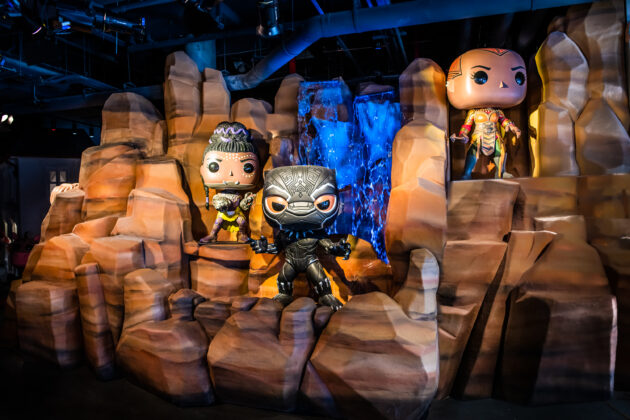 Funko has always been a bit Hollywood, with a product line nodding to some of the biggest franchises in pop culture. Now the Everett, Wash.-based company has actually gone Hollywood, with a brick-and-mortar retail location opening there this month.

Company and industry executives joined celebrities in celebrating the arrival of Funko Hollywood on Thursday at a VIP preview event at the 40,000-square-foot store, which officially opens Nov. 18.

Funko, which went public in 2017, opened its first and only retail location inside its Everett headquarters that same year. The maker of Pop! collectibles has made the new location on Hollywood Boulevard an immersive experience featuring life-size Funko statues and “sets” inspired by such franchises as “Black Panther,” “Guardians of the Galaxy,” DC Comics, Disney and more.

“It was a no-brainer to open our second retail location in the television and film mecca of the world — Hollywood,” Funko CEO Brian Mariotti, said when plans for the store were announced earlier this year. “We couldn’t be more excited to have a presence among the most influential production studios and creative talent delivering pop culture content.”