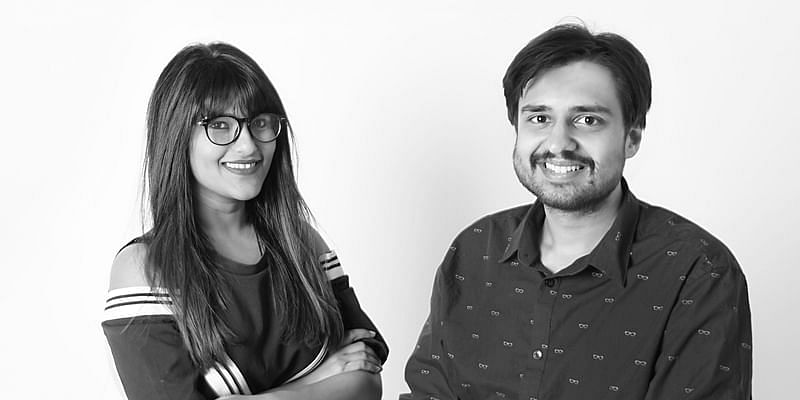 When Ankiti Bose and Dhruv Kapoor met at a friend’s party in 2015, they realised they had a lot in common and had similar business interests. Ankiti was then working for Sequoia Capital and had just returned from a vacation to Thailand, and Dhruv, an IIT Guwahati alumnus, had worked for the likes of Yahoo and Kiwi Games.

During her visit to Bangkok, Ankiti saw several small players had the best things to offer, but these stores did not have any access to digital platforms and could not effectively market themselves online.

Thus, in 2015, Ankiti and Dhruv teamed up to solve a problem they believed could be addressed using technology - the retail SME landscape in Southeast Asia. This led to the birth of Zilingo, a fashion and lifestyle marketplace.

According to the founders, the initial idea was to bring different large and small businesses online. To begin with, the platform on boarded over 1,500 sellers in Thailand and Singapore who were primarily selling clothing, accessories, bags, shoes, and beauty products to consumers.

But the Zilingo team found these rising fashion brands were not able to compete on a level playing field with larger industry players as they did not get the same pricing when it came to source raw materials or manufacturing products.

Hence, Indonesia-based Zilingo transformed into a B2B player. The startup has a tech team out of Bengaluru. By 2017, the ecommerce startup built teams across five countries.

In the last four-five years, Dhruv says, it has evolved into an end-to-end supply chain enabler that lets brands, sellers, wholesalers, distributors, and factories come together to access financing, logistics, and everything that is a part of the ecommerce ecosystem.

Today, Zilingo is a unicorn and one of the largest ecommerce players in Southeast Asia, and touched $100 million transaction flow in January this year.

While the team faced certain challenges while working on the B2C platform, it also faced bottlenecks like working capital, lack of digitisation, and customer service on the B2B front that could be solved using technology.

“We had the core tech strongly built to help enable address the gaps in this supply chain,” says Dhruv.

“We launched Zilingo.trade, which integrates all aspects of the trade into one platform. When you bring the wholesalers, distributors, and factories online, it is not just about aggregating the wholesalers with the end retailer and then the consumer, but it is about several nuances,” explains Dhruv.

He says, the average basket size for any B2B platform now is close to $1,000 and above, which means you need to integrate payment gateways, ensure logistics work, and also ensure there is financing options.

“We look at products from first principles, see the gap is in the market that needs to be addressed, if the existing systems that are in place, and the value curve of the offerings across different axis,” explains Dhruv.

The idea is to see what better Zilingo can offer in terms of pricing, logistics, and to look at existing systems that are broken.

Gazal Garg, Head of Engineering, Zilingo, explains, to really enable businesses to digitise procurement or distribution of goods on Zilingo Trade, they focussed on solving for every aspect of the platform.

"Add to that the complexity of search, recommendations, data warehousing, and data science that’s inherent to online marketplaces. While it's good to think of MVPs, it's equally important to plan architecture upfront and thinking of future use-cases early on. Interestingly, an unusual aspect of the Zilingo backend is that it's a bunch of Scala microservices - we reckon we have one of the largest Scala teams in India," explains Garg.

Dhruv along with Gazal Garg, Head of Engineering, Zilingo

The team then worked on building the product in an iterative fashion. It primarily focussed on the minimal step of functionality that added value in a useful and significant way.

As part of scaling the B2C platform, the merchants also had problems with the supply chain when it came to accessing raw materials, and sourcing was also limited.

Dhruv says: “So, the question we had was do we limit ourselves to what we were doing with just access to a consumer base or do we step up and innovate on behalf of the merchants and help them with supply and financing access.”

“We took a big leap and launched Zilingo trade and soon evolved into a full-stack supply chain enabler to help connect distributors, wholesalers, and factories with retailers and merchants,” explains Dhruv.

What made it simpler for Zilingo to move from a pure B2C marketplace into a B2B tech platform was building a strong core tech architecture initially.

Dhruv says, as they already had built core proprietary tech systems that focussed on solving for the merchants, it became easier to build more on top of it.

“But we are standing on the shoulders of giants, and we use a lot of open source software and technology. For every startup, there is an inflection point where there is a need to build proprietary tech. For us, ecommerce technology was vital and central to everything we had to build,” explains Dhruv.

Apart from building the core technology, the team had to also focus on integrating with different partners as the ecosystem five years ago was fragmented in terms of payment methods and logistics.

“Different parts of the country needs different logistics players to be integrated. Then there are device fragmentation - Android, IoS, desktop, etc., and the Southeast Asian market is a mix in that sense. Apart from that, being multi-country means you need infrastructure to manage multiple currencies, currency rate exchanges, and managing cross-border transactions,” explains Dhruv.

As Zilingo started building the product, it realised it was more than just a listings and a regular marketplace. Dhruv says, the focus was on building raw material procurement, manufacturing, product development, distribution, and customer service. These included digitisation, analytics, and marketing. Another challenge was getting the working capital needed.

“While there are different payment gateway integrations we needed to look at, financing was an integral part of the flow,” says Dhruv.

If fintech is integrated with transactional and marketplace platforms like Zilingo, the process becomes simpler. The same things apply for payments and logistics, says Dhruv.

The team also acquired Sri Lanka-based nCinga in 2019. The SaaS startup helps factory managers track production, monitor quality, and optimise their operations. With its acquisition, Zilingo is now connecting with factories on its platform.

The tech team had to be mindful of building a product that focuses on localisation and languages for different geographies. But that is not all. The marketplace had to keep tabs on culture, market, consumer preferences, and regulations while scaling its tech. This also meant that logistics, financial transaction processing, and warehousing needs differed from place to place.

Therefore, technological nuances needed to be in place to allow data to be stored locally, or working with different modes of preferred payments. “Optimisation for different geographies therefore works beyond just languages,” adds Dhruv.

To enable all of this the team worked on UX design flow as well. Payal Vats, Head of Design, Zilingo explains that on their seller centre, most of the large and small businesses don't use ERP or complex inventory software, thus UX had to be intuitive.

"Since many of the problems we’re trying to solve are new, we invest in understanding user needs via product research and data analytics. As a team, we like to bring together different skill sets to solve for all of our users’ need," explains Payal. ALSO READ Also Read [Product Roadmap] DealShare started on WhatsApp, and evolved into a tech platform with multiple touchpoints

For Zilingo, what helped was starting to build for different use cases like real-time analytics for sellers, recommendations, natural language search, seller services with thousands of unique products, multi-currency with currency exchange, and global logistics.

The team has also added analytics and inventory management to the platform to help businesses optimise.

“We have a continuous feedback cycle with our merchants so that we’re able to build the technology they need to be more efficient. We see our merchants as important partners in the product development process,” says Dhruv. ALSO READ Also Read [Product Roadmap] The journey Shadowfax took to win Swiggy, Amazon, Flipkart, and McDonald’s as clients

While the team has been growing significantly, the coronavirus pandemic negatively impacted the business. However the team believes the pandemic will accelerate existing trends towards digitisation of B2B trade.

"We had to be proactive to reorganise aspects of our business to work differently. For example, we started optimising our sales processes and built a better telesales strategy. We also expanded our logistics offerings, including adding express and one-day shipping, payment modes, etc," explains Dhruv.

Additionally, towards the end of last year, Zilingo started broadening its category mix on Zilingo Trade in Southeast Asia, adding categories like health, electronics, office goods, home and living, packaged food, among others.

With a team of close to 100 people, today Zilingo is focusing on helping small and medium merchants across Indonesia, Philippines, Thailand, and Vietnam. The Zilingo trade platform has  10,000 to 20,000 transactions per month, with close to 50,000 active users.

It has raised funding to the tune of $308 million, making it one of Southeast Asia's highest capitalised startups.