Ringing in the new year: What does 2021 hold for you, me, and everyone else? 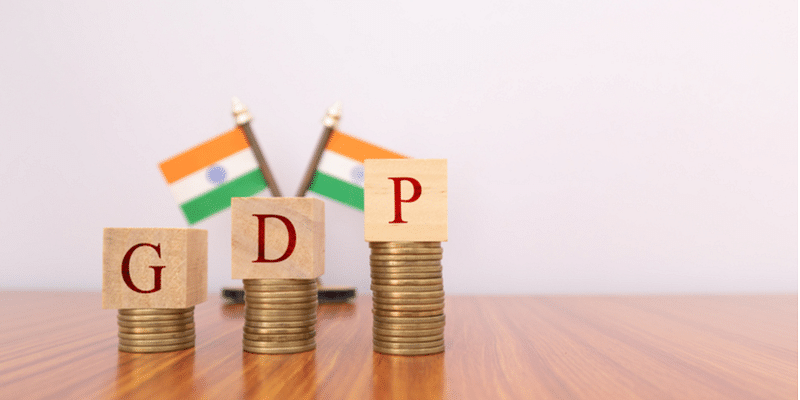 2020 is perhaps the most important year in history in our lifetimes. If you are in India, what a schizoid year has it been! If you were glued to your mobile screens watching your investment portfolio, barring the crazy volatility in the stock markets in March, there was little bad news overall. There will indeed be a few years in your life when you see equity markets go up by 18 percent.

At the same time, while stock markets are triumphantly marching ahead in expectations of a sharp revival in the future, the economy in itself has been pushed back in the past. The GDP level in the latest quarter for which we have data (July-September 2020) shows that the COVID-19 pandemic has pushed us back to the levels we were in Q1 FY19 (April-June 2018).

That said, markets and economy in themselves are aggregate abstractions — a way of summarising a bunch of things that intimately impact our daily lives. Unemployment and underemployment aren’t abstractions.

When you wake up in the morning, you cannot feel the GDP around you. But you can feel joblessness — in the message alerts that remind you of payments due or missed, in boilerplate emails (if you are from the white-collar class) telling you that someone will get back to you regarding your job applications, in the little reminders/memories of a daily routine that you used to have when you had a regular job — the bus that you used to take, the place that you used to pick up your lunch from, the WhatsApp group from office that still shares forwarded messages.

And in that landscape devastated by COVID-19, where nascent recovery is characterised as K-shaped, we are still in a recession (except perhaps those lucky 50-60 million of us who have savings invested in equity markets).

When it comes to India, it is difficult to measure the scope of this damage and the challenges before us. To an extent, there is an unemployment rate, which predictably has gone up to 9.5 percent by the end of 2020 after having hovered in the 6-7 percent range over the past two years pre-COVID-19.

That said, there is evidence that the bulk of underemployment is concentrated in the educated population in our country. Time and again, you come across news stating that tens of millions of graduate youths applied for a few thousand formal sector jobs in the government.

In an event study conducted for Indian Railways in 2019, it was found that application-to-vacancy ratio in jobs requiring a minimum of Bachelor’s degree exceeded 250-to-1 over a time period of a decade. ALSO READ Jobs for All: YourStory launches India-wide campaign to mobilise job creation in India, be a voice for job seekers

If underemployment was a serious issue even prior to COVID-19, one must, even based on anecdotal evidence, conclude that it must have compounded significantly in the post-COVID-19 India. Entire sectors — retail, hospitality, transport, tourism — were beyond decimated (decimated comes from a Roman custom of destroying 1 out of 10 soldiers in a rebellion, this seems to be a bigger hit).

In this situation, it becomes useful to look at just one facet of the problem — the difficulty of entrepreneurs and business owners in these sectors to re-start their lives and move to a new profession. As a new normal post-COVID-19 kicks in, a number of businesses in people-centric, high-touch services sector will become obsolete.

People working in these sectors — specifically those relying on small jobs in brick-and-mortar retail and business services (tailoring, laundry, repairs) — will have to reinvent their offerings and careers to even hang on, forget about thriving.

And much as we hear about the resilience in digital business and the rise of unicorns in India, the other sad aspect is that a lot of small businesses built around the "Old Normal" might have died or are failing fast.

Creative destruction and failure are a worthy rubric to apply to firms in the market. Firms fail and they should, as conditions change. However, the people behind them are not failures. To extend the logic of creative destruction to absolve oneself from the responsibility to provide a support structure to those who have failed is to move on the dark path of Social Darwinism.

Upskilling, reskilling, online learning — these are the most often cited, technocratic solutions to the problem of underemployment and changing careers. Facilitate digital solutions to learning, make everyone learn how to code and learn Artificial Intelligence and Machine Learning, encourage educational institutions to provide certificate courses — and we will channel the demographic dividend towards the future — that is the most common self-congratulatory solution offered by those of us who are comfortably employed to those who are not.

In my view, that is just another re-hashing of a prescription to solve unemployment in the Western countries towards Indian context, and misses the point entirely. Ever since the early 19th century, economists and sociologists studying India have pointed out two key cultural factors hindering the growth of entrepreneurship and economic flexibility — difficulty to access capital and lack of social trust.

Come to look at it – beyond a rarefied upper layer of our start-up atmosphere that is culturally connected to the Silicon Valley in its corporate practices and culture- these two problems haven’t really been solved since the colonial times.

Access to capital for SME firms remains challenging – despite rapid advances in fintech, we have a long distance to close between us and China when it comes to access to credit for small industries – where Ant Financial (God save it) has played a stellar role in reducing the cost of capital for businesses across a billion-strong country.

Lack of trust manifests itself in the way we self-select the people we want to help from within our own university/corporate community – perpetuating a modern form of caste system, which co-exists with its ancient ancestor.

The start of a year is usually not the right time to open with a sharply introspective reality check. However, it is better to be paranoid when one is rebuilding from the ruins than to be dangerously optimistic and say that everything will turn out fine.

What can you do? Let us start with a basic change in mindset. The next time someone who has lost their job in a different industry comes up to you to ask for help or employment, don’t push them away saying that they don’t have the “relevant experience”.

Remember what India’s cricketing history would have looked like if Mahendra Singh Dhoni’s coach had not seen the potential for world’s best wicketkeeper in the reflexes of a teenage sportsperson who was a soccer goalkeeper!

I will leave you with two stories of entrepreneurs, who brought an outsider’s perspective to change an industry.

In 15th century Germany, there was a serially failed entrepreneur. Living in a pilgrim town, he tried selling a variety of items — jewellery, mirrors, playing cards, commemorative objects- to the devotees who used to flock there. It was there he saw the roaring demand for prayer books, which until then were copied and sold to pilgrims at high prices. He worked on a movable type printer to reduce the time and effort taken in printing, trying to mass-produce books.

Given that he was a semi-literate retailer, it took him another nine years to find enough people to invest in his ideas.

When they did, this entrepreneur’s invention, The Gutenberg printing press, heralded the first information revolution. Indeed, it took someone not educated in college to understand the value of printing and mass education. ALSO READ [TechSparks 2020] Licious founder reveals how it ensured zero layoffs and 300 pc growth amidst the pandemic

If you have survived the COVID-19 lockdown, you should be grateful to Clarence Birdseye. A little-known American inventor from the early 20th century, Birdseye is behind the modern frozen food industry.

Yet, until he was 36, he had no background in consumer products or food processing industry. Birdseye was originally an amateur agricultural scientist – interested in insects, coyotes and in studying native peoples of the Americas.

On one of his trips to the Labrador Coast in New Foundland, he discovered how fish frozen instantly could retain its texture and taste.

Starting from there, he began experimenting with flash-freezing a variety of foodstuff, improving the quality of frozen food and encouraging the food processing industry to invest heavily in cold chains.

This year, let us be receptive to those who deserve a second chance – those unopened, unresponded mails and LinkedIn messages.

Let us give them 15 minutes of your time.

Maybe, 500 years from now, historians would remember you as the person who gave the next Gutenberg a chance!

(Disclaimer: The views and opinions expressed in this article are those of the author and do not necessarily reflect the views of YourStory.)