Sana Biotechnology files to go public, looks to cure disease by modifying genes in the body 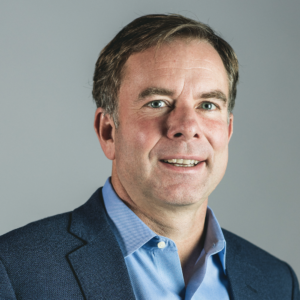 Less than three years after it was founded and with no revenue on the books, Sana Biotechnology filed to go public on Wednesday in what would be the latest Seattle biotech company to test the waters on Wall Street.

It plans to trade on Nasdaq under the ticker SANA, with a goal of raising up to $150 million.

Sana, which is developing gene and cell therapies that could be used to combat a variety of diseases, previously raised more than $700 million in venture capital, making it one of the most heavily-funded startups to emerge in the Seattle area in years.

The company also appears to be following in the path of Juno Therapeutics, which filed to go public in 2014 16 months after its founding. Many of the top executives at Sana trace their roots to Juno, which was sold to Celgene for $9 billion in 2018.

“Our long-term aspirations are to be able to control or modify any gene in the body, to replace any cell that is damaged or missing, and to markedly improve access to cellular and gene-based medicines,” the company wrote in its IPO prospectus.

While Sana says its approach is applicable to a number of diseases, some of its most advanced research is being done around cancer. Sana plans to file new drug applications “for multiple therapies in a spectrum of cancers over the coming years,” noting in the SEC filing that those applications could start as early as 2022.

Sana is already sitting on a big cash pile from its past venture capital rounds. It reported $459 million in cash, cash equivalents and marketable securities at the end of September 2020. The company’s largest shareholder is Arch Venture Partners, which holds a 27.5% stake. CEO Steve Harr, the 50-year-old former CFO at Juno, holds a 5.6% stake.

And like many biotechnology companies it is losing money. It had accumulated a deficit of $316 million as of last September, and its net loss for the first nine months of last year totaled $172 million.

The 250-person company also has posted no product sales to date, and writes that it does not anticipate driving revenue for a “number of years, if ever.”

Even still, Sana’s promise — and its big-time backers — has attracted attention. At the GeekWire Summit last October, Harr explained how they are essentially turning the body into its own “bioreactor,” which can fend off disease.

“You deliver the tools to enable your body to make its own medicine,” Harr said at the time.

However, gene editing is not accepted by some, a risk factor that Sana points out in its IPO filing.

“Public perception may be influenced by claims that gene editing is unsafe, and products incorporating gene editing may not gain the acceptance of the public or the medical community,” the company wrote in its filing. If those perceptions take root, Sana notes that some government agencies may restrict treatments that utilize gene editing, or medical professionals may not prescribe it.

However, the approach will receive a big test with the current rollout of COVID-19 vaccines from Pfizer and Moderna, which alter the body’s mRNA in order to repel the virus.

Sana would become the latest in a string of Seattle area biotechnology companies to join the public ranks in recent months. Last year, Seattle’s Athira Pharma and Silverback Therapeutics went public — and each saw their shares more than double from the offering price.

You can see Harr talking about its unique approach in this video from last year’s GeekWire Summit, where he compares the building of Sana’s technology to the components making up a computer.