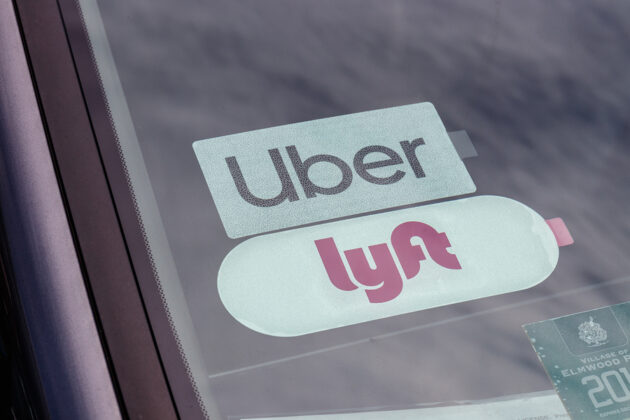 The Seattle City Council is considering new emergency legislation that would require companies like Uber and Grubhub to pay drivers $5 for each delivery or ride they provide, on top of their regular rates. The hazard pay is intended to offset costs and risks that drivers are dealing with during the pandemic, like acquiring protective gear and cleaning vehicles between trips.

The hazard pay would apply to gig workers who provide services in Seattle for food delivery, grocery delivery, and ride-sharing companies with more than 250 workers worldwide.

Council members Andrew Lewis and Lisa Herbold introduced the legislation on Friday. If adopted, it would take effect immediately and remain in place until Seattle is no longer in a state of emergency.

“We’re in a crisis,” Lewis said in an interview with GeekWire. “No one projected that COVID was going to come along and nobody could predict the devastating impact that it has had to these app-based drivers who are getting hit when other essential workers are getting certain considerations.”

Uber declined to comment on the legislation but expressed concerns about the impact higher fees will have on customers and drivers.

“The Council’s actions to pass an unprecedented tax increase seriously harms essential workers and low-income community members who can’t afford private vehicles and are being told to avoid public transit during the pandemic,” a Lyft spokesperson said. “For thousands of nurses and healthcare aids, janitors, and food service workers, rideshare has become their only effective alternative for travel, and the Council’s move in the middle of a pandemic to increase fares by 50% in some cases would directly come out of their pockets.”

The ordinance is designed to provide temporary relief for Seattle gig workers but it will be nullified when Seattle Mayor Jenny Durkan’s Fare Share legislation is adopted. Durkan introduced her plan to establish a minimum wage for Uber and Lyft drivers last year and the Seattle City Council unanimously passed it in November. The proposal is currently awaiting the results of a study to determine how to establish a minimum hourly rate for app-based drivers. Those results are expected in July.

“These workers that are facing these struggles cannot wait months to get relief,” Lewis said.

Last month, Seattle capped the fees that services like UberEats charge restaurants at 15% in an effort to mitigate the financial hardship that the food industry is enduring under Washington state’s shutdown order. The fee cap will remain in place until restaurants are allowed to re-open. The emergency order also requires 100% of tips to go to delivery drivers. The new legislation is designed to expand relief for the drivers who provide food delivery and transportation services.

The legislation is a win for Working Washington, a group that advocates on behalf of gig workers.

“We need hazard pay, and we need to know we’re able to go to the doctor, we need to know we have something in the bank,” said James Thomas, a driver for a variety of food delivery services who is connected to Working Washington. “But instead of hazard pay, the companies started lowering the pay by hiring so many people. It just isn’t worth the risk of getting sick for a $2 delivery.”

Gig economy companies and workers have been hit hard by the pandemic. Ride-share drivers, dog walkers, and other on-demand workers saw their incomes dry up overnight. The picture is grim for the companies behind these services too. Uber has laid off more than 6,000 employees in the past few weeks while Lyft reduced its staff by 17%.