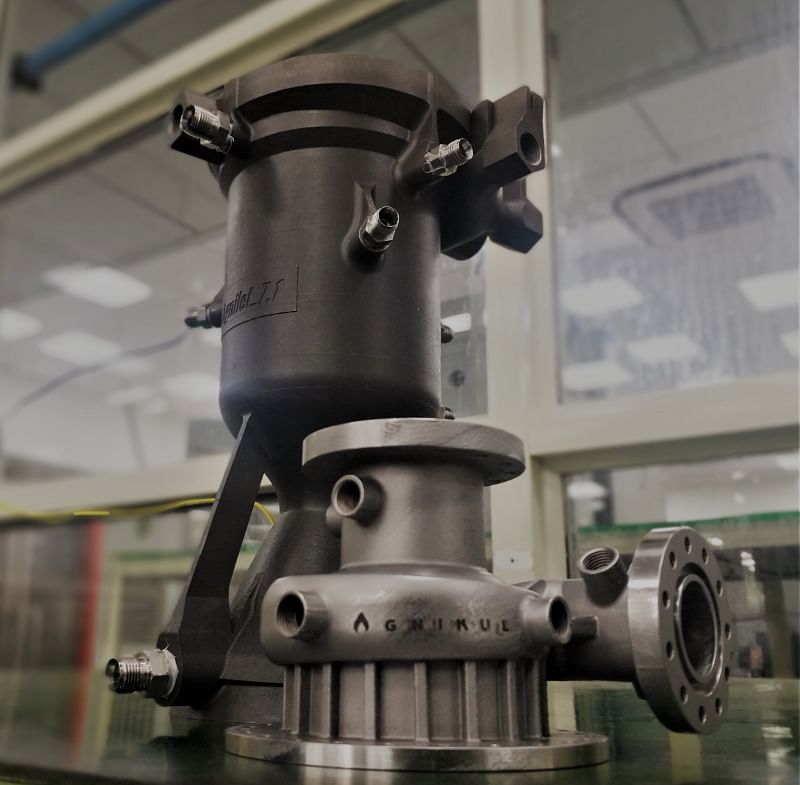 Speaking with YourStory, Srinath Ravichandran, Co-founder and CEO of Agnikul, explained that the semi-cryogenic rocket engine will be operating on liquid propellants. The ‘Made-in-India' rocket engine is completely 3D printed and can be directly used in the rocket.

ALSO READ Chennai-based spacetech startup Agnikul partners with DoS under IN-SPACe entity to develop launch vehicles “The novelty here is that the entire rocket engine is 3D printed from top to bottom. What comes out of the 3D printer can directly be used in the rocket. There is no complexity in assembly or fabrication, and the turnaround time is less than four days,” he explained.

The co-founder explained that a rocket engine is a device that is capable of burning gases and releasing them at extremely high velocities. These gases released from a rocket’s nozzle will exert an equal and opposite force on the rocket, pushing it to move in the other direction.

Srinath revealed that this rocket engine will be used in the second stage of Agnikul’s launch vehicle Agniban, which has been designed to carry up to 100 kg of payload to low earth orbits of up to 700 km with a plug-and-play engine configuration.

“We have been testing engines since 2018 at smaller scales. So, subscale versions of this engine have been tested however a full-scale test will be done shortly,” he adds.

Last month, the IIT-Madras incubated Agnikul became the first startup to enter into a non-disclosure agreement with the Department of Space (DoS) under the newly established Indian National Space Promotion and Authorisation Centre (IN-SPACe) entity.

It has been working with various ISRO centres and will get access to technical information and facilities necessary to go forward with their launch vehicle development.

This development comes as a part of the new space reforms announced in 2020 which allows the private players to work with ISRO and further develop the Indian space sector.

In September 2020, Hyderabad-based Skyroot Aerospace had revealed its fully 3D printed cryogenic rocket engine named 'Dhawan-1,' which will be used in the upper stage of its Vikram-II rocket for propulsion.