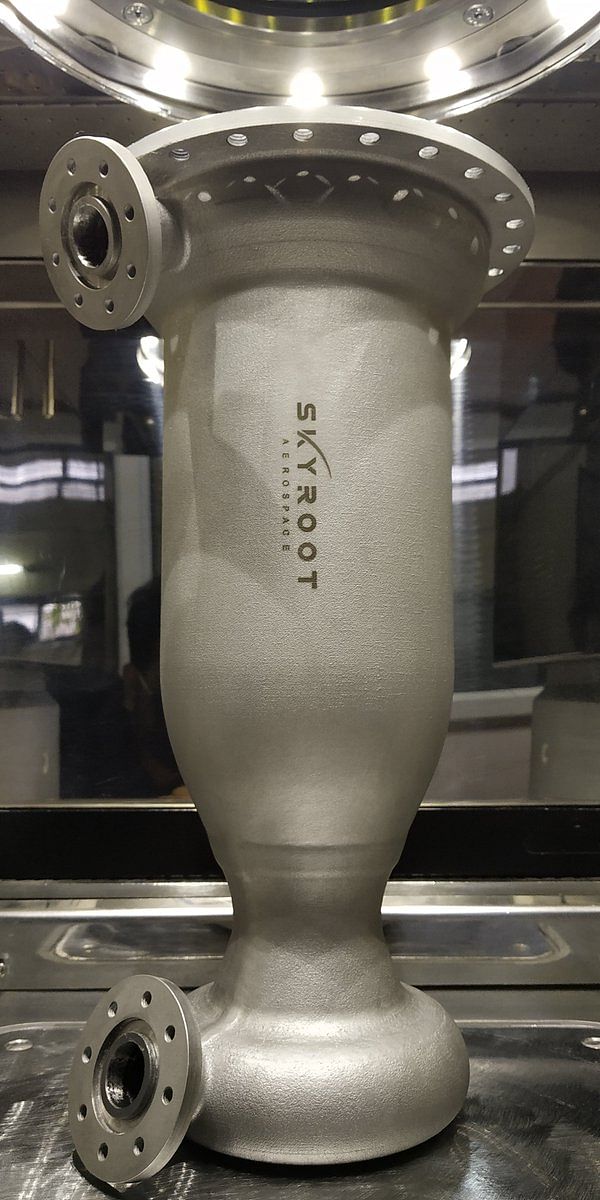 Unveiled on the occasion of the 100th birth anniversary of Indian rocket scientist Dr.Satish Dhawan, the startup said the engine has been named after the renowned scientist to honour and respect his critical role in the development of the Indian space sector, and for taking ISRO to new heights of success during his term as the ISRO Chairman in 1972.

According to an official statement, Dhawan-I is a 3D printed cryogenic engine and is completely a “Made in India” product.

A cryogenic rocket engine uses liquid cryogenic fuel and oxidizer, stored at very low temperatures. According to reports, the cryogenic temperature has been defined to refer to temperatures below -150 degrees Celsius. Engines using cryogenic fuels are used in the upper stages of rockets for propulsion technology.

He added that the startup has completed tests to check the fuel flow and structural integrity of the engine. Skyroot is presently building a dedicated test facility to carry out “hot fire” testing of Dhawan-I.

The startup also revealed that this cryogenic engine is expected to be used in the upper stage of its Vikram -II rocket for propulsion.

Skyroot’s first vehicle ‘Vikram-I’ is under manufacturing, and is expected to be launched in December 2021. The vehicle is equipped with an Orbit Adjustment Module (OAM) at the top, which provides the final burn, and can insert multiple satellites into space.