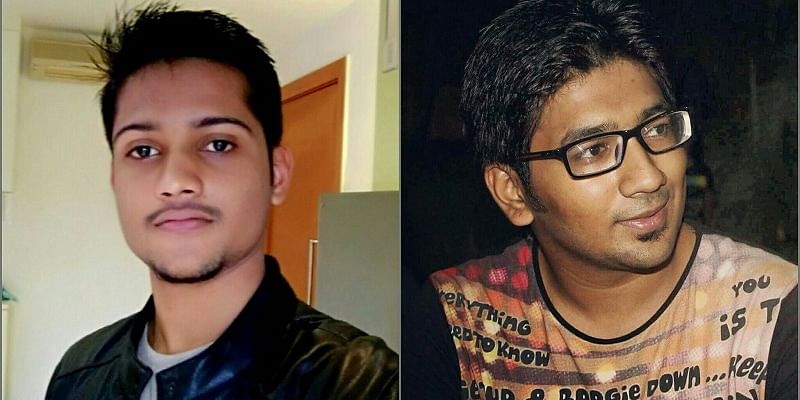 Many individuals, organisations, and government departments initiate measures to help the differently-abled and elderly people in various ways. Ramps and user-friendly washrooms are seen often these days.

But people often don't realise that commuting to different places in cars can be tough for the differently-abled. Especially getting in and out of the vehicle.

Puducherry-based Vaahan has come up with an innovation that changes this. A team of five has developed a minimum viable product, Caruna seat, which fits into the vehicle smoothly and is easy to use. The seat is alignd with the Accessiblity India initiative launched by Prime Minister Narendra Modi in 2016.

The Caruna seat makes it easy for the differently abled to travel in cars.

Caruna swivel seats were the result of two years of study, testing, and feedback from prospective users.

Coming from an engineering background, Ashwin Shreshta wanted to give back to society. He felt that unlike in the West, we still have "a long way to go to ease accessibility of public spaces for the old and specially-abled". Merely waiting for the government to initiate action is not the solution.

He began researching and developed a patented technology to make the mobility of old and specially-abled easy, by starting Vaahan in 2018 and working on Caruna.

“Our product enables the differently-abled and the old to enter and exit easily from their own vehicles or cabs. We are on a mission to enable accessibility for such people across various segments of cars in India,” Ashwin says.

A mechanical engineering graduate from Pondicherry University, Ashwin went to one of the most renowned automotive institutes, RWTH Aachen University in Germany, to pursue his master's. After working in the fields of passenger safety, automatic driving simulators, and vehicle crash safety, ensuring safety of passengers through advanced engineering became his passion.

He returned to India and started developing products based on demand. He made a first-in-India dual axis solar concentrator dish project for steam cooking; this was installed at IIM-Bangalore. Further, full automation renewable energy projects were developed for IIT-Madras and IISc.

This is when Bengaluru-based Kickstart Cabs’ Co-founder Srikrish Siva approached him for car seats. Till then, Kickstart Cabs had been importing seats from Sweden and the UK.

“It was causing them a lot of problems but they had many users in Bengaluru itself. Because of high import duty and lack of self-serviceability, they were not able to cater to the elderly and specially-abled people in Bengaluru,” Ashwin says.

This is when the idea of starting something similar came to Ashwin. The R&D for swivel seating started two years ago.

“We ensure that your posture - the back, thighs, and lower hip - is perfect, so as to promote normal blood flow even during long rides,” Ashwin says.

Ashwin’s father, Vijay Shyam, who is old and a diabetes patient, knew the struggles of travelling long distance. He joined Ashwin as a Co-founder in this B2B startup.

Also ReadMeet the students behind Ticket Jugaad, a mobile app which helps find seats in train

Initially bootstrapped, the startup got Rs 8 lakh grant from IIM-Ahmedabad and IIM-Calcutta.

While there are similar startups such as Kickstart in other cities, Ashwin claims that his product is different from in terms of price and adoption. He further explains,

“Caruna can be adopted across various vehicles - from a Maruti 800 to an SUV. It is fully automatic and is one-third the price of other similar products imported from Sweden and UK.”

Additionally, it’s been tested internally for crash safety. In case the vehicle crashes, the seat has been designed so that the passenger incurs the least impact.

The team has received 17 orders already, which it is planning to deliver in the next couple of weeks. The startup now aims to provide similar products for other modes of transportation as well.

How has the coronavirus outbreak disrupted your life? and how are you dealing with it? Write to us or send us a video with subject line 'Coronavirus Disruption' to editorial@yourstory.com