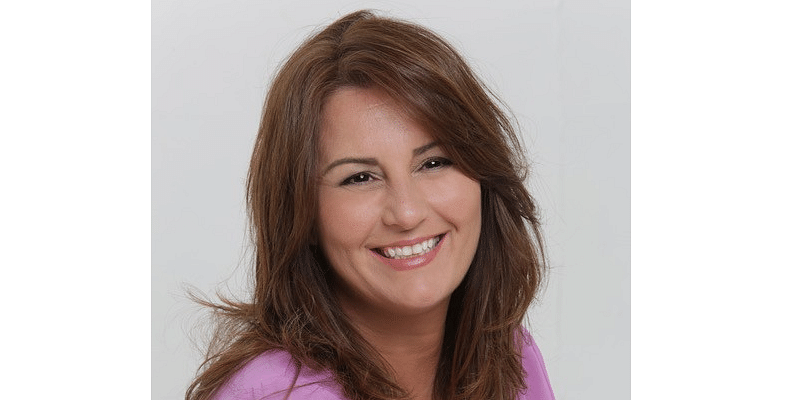 Ami Dror, Co-Founder and CEO of LeapLearner, a Cayman Island-based edtech company that teaches children to code and has recently forayed into India, has seen many seasons as an entrepreneur.

Father to three children, Ami is passionate about cultivating children's ability to be innovative. He has authored, Raising Future Innovators, a book that aims to give parents and educators the tools to raise the next generation of global leaders.

Ami’s first startup venture was the 3D Cinema industry front-runner, XPAND 3D. He initiated work on the first 3D TV technology and led the formation of a 3D TV licensing company, jointly owned by Sony, Samsung, XPAND and Panasonic. He is also the Co-founder of Zaitoun Ventures, a startup accelerator that helps startups across multiple sectors.

Ami works closely with international non-profit organisations and is passionate about leveraging technology education to empower underprivileged populations across the globe.

With LeapLearner, he aims to empower children by teaching them how to code. With a presence in more than 20 countries, the startup offers courses like Block Coding, App Development, Advanced Python, Robotics, and AI for children between the age of five and 14 years.

The edtech startup kicked off its India journey in February this year with an office in Gurugram and appointed edtech entrepreneur Rahul Ranjan to head its India division. The company has committed an investment of $10 million in India and is now changing the way coding is taught to kids.

In a freewheeling conversation with YourStory, Ami talks about how LeapLearner came into being, why coding is important for kids, why LeapLearner is different, how he is driving LeapLearner in a time of crisis, and how education looks like in a post-COVID-19 world.

Edited excerpts of the interview:

YourStory (YS): Tell us about the genesis of LeapLearner. What was your eureka moment?

Ami Dror (AD): I learnt coding when I was about 10 years old. It was a very early version and was the foundation that shaped things later in my life. My daughters were introduced to coding in school at the age of eight and nine as coding is mandatory in Israel’s primary school system. Soon they developed an interest and wanted to learn more. I decided to teach them and started checking online sites, but the information was scattered and not suitable for children.

That is when I decided to start a LeapLearner in 2017, a company that would teach kids around the world how to code. It initially started in Israel and later moved to China, where we grew in an amazingly exceptional way.

In less than four years, the idea saw astounding growth: from teaching my kids to a million kids around the world. That's kind of amazing.YS: Tell us about your offering before coronavirus hit us all.

AD: The platform had a bunch of offerings. We provided 1:1 tutoring online, prepared kids for the Olympics (in programming), and even worked with the governments of Israel, Nigeria, and Bhutan.

We also work with a lot of private and international schools, and offer them the LeapLearner platform, teaching tools, curriculum, and teacher training. This needs a teacher who knows how to teach and how to make coding fun and engaging. We are focused on project-based learning.

YS: How has LeapLearner grown since inception?

AD: LeapLearner was launched in 2017. In the first year, we were 100 percent devoted to R&D, with about 70 engineers working on the platform. During the first year, the company started with a few thousand kids; we moved on to tens of thousands and now teach one million kids. We started from Israel, went to China, and now we are present in over 20 countries and still growing.

YS: What are the age groups on LeapLearner, and how do your users learn coding?

AD: The students’ age ranges from five years to young adults. But, the majority are between five and 12 years.

The LeapLearner platform makes it extremely easy to code and see what you are doing. It is a big and complex learning system, and we keep improving it all the time. The curriculum was developed with teachers, based on inputs/feedback during training sessions.

We always have a teacher available because the problem with coding is that it is very easy to learn the initial levels with games etc, but you need someone to help with advanced coding. Just like math. The teacher sometimes teaches 1:1, in a group, or online, and then they take tests.

YS: There are various edtech companies offering coding courses? How are you doing it differently?

AD: LeapLearner is definitely the biggest company in the world in coding, innovation, and teaching how to code. There is no other company with global scale like ours.

We have a team of experts from universities around the world. There is a very standard way of how to teach coding, which was built for university students. We took that syllabus and converted it into project-based learning so that kids can develop their own projects versus we tell them what to do.

At present, we have a team of 30 people who create and keep improving the syllabus real time. We improve and change our syllabus with every piece of code, every scale, and with real-time feedback.

YS: Can you share a few examples of what you mean by project-based learning?

AD: A group of kids from China all got through Yale - they had developed a management system using coding for their school and this project was one of the reasons they qualified for Yale. We have another group that went through Stanford with a similar story.

There are kids who developed small software for their family business and little shops. We have kids who did their science research with the help of coding. A girl developed painting software because she is an artist. In China, more than 1,000 children developed a game together, a running game.  YS: Tell us about your India plans.

AD: India is our most recent global expansion. Since we launched LeapLearner, it was very clear to us that the most important markets for the company would be India and China. We got to China early and now India.

India is growing as fast as China. We launched a few months ago and already have more than 10,000 students. Why India? It is very obvious: education is taken very seriously in India. The families here are very similar to those in Israel and China.

There is a very strong need for digital education and people understand that coding is the language of the future.We have so far invested $ 10 million in India and will keep investing as it is a very important market.

YS: Why do you think kids should learn to code?

AD: Coding is a language, and is as important as math, English, or any other subject. It is the only way to communicate with technology. It is essential for every child to know coding because it is the language of the future.

There will be a great barrier between the people who will actually design the future and those who will just use technology created by others.

YS: What is the potential of learning to code in a country like India?

AD: It’s not only about India. Every child in the world, no matter what s/he wants to do or be - a basketball player, chef, lawyer, or author – needs to know how to code.

The goal is not to become a genius, but to know because this is the only way in which you can interact with and create technology.

AD: LeapLearner has a very strong online offering globally, but we had planned to rollout the online business from summer. The team was running pilots already and we were able to shift most of our existing students online when the lockdown started. We have also been growing our customer base by about 30 percent week on week.

Our online offering was always live 1:1 classes. Realising that a large number of students might not be able to afford the same due to high unit costs, we have introduced live online group classes while maintaining a high degree of student engagement and teaching-learning effectiveness. This has allowed us to broaden our reach from a target group perspective.

Apart from our core offering, we have also helped many schools set up online classes free of cost. We were able to create quick and simple solutions for schools to take teaching-learning online, thanks to a strong global tech team. We are currently doing about 150-200 demo classes a week.

YS: Given that coronavirus isn’t going away soon, what future do you see for LeapLearner?

AD: One of our biggest business drivers was B2B2C partnerships with K-12 schools and after-school centres. Before COVID-19, we would generally have trainers being physically present inside the classroom with children in groups of 20-25.

After the scheduled summer break, we will need to look into alternative methods of offering our computational thinking courses in coding and robotics for group classes.

A live online class framework, clubbed with innovative pedagogy of student engagement and measuring of learning outcome, is being developed for school-based classrooms.