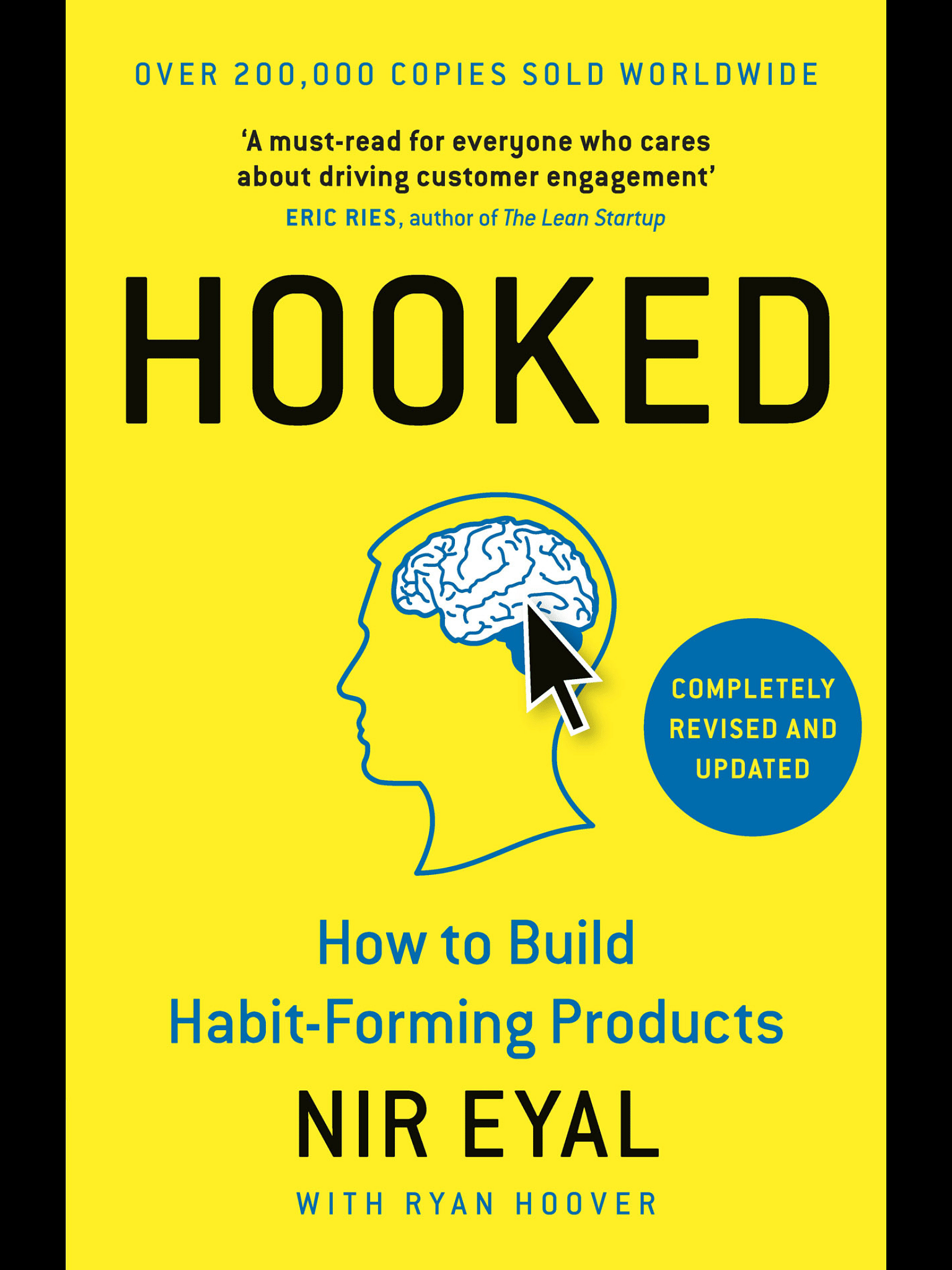 What makes that notification ping so compelling? Like it or not, it makes us forget everything else and respond.

Way before Netflix came out with The Social Dilemma, Nir Eyal, author of the best-selling book Hooked: How to Build Habit-Forming Products, spoke about how several Silicon Valley companies built the most addictive products using the ‘Hook Model’.

This model associates users’ emotions and routines with a product, to get them to return to the product again and again.

Nir Eyal writes, “A 2011 study suggested people check their phones 34 times in a day. However, industry insiders believe that number to be an astounding 150 daily sessions. Face it: We’re hooked.”

Hooked: How to build Habit-forming products

The power of habits

A habit, as defined by cognitive psychologists, is an “automatic behaviour triggered by situational cues”. These, in turn, refer to things we do with little or no conscious thought.

Nir says the products and services we use habitually alter our everyday behaviour.

“Forming habits is imperative for the survival of many products. As infinite distractions compete for our attention, companies are learning to master novel tactics to stay relevant in users’ minds.”

Based on his personal observations, Nir Eyal worked on using consumer psychology, human-computer interaction, and behavioural economics research. It led to the creation of the Hooked Model: a four-phase process companies use to form habits.

The four phases are: Trigger, Action, Variable Reward, and Investment.

This is the actuate or the spark of the behaviour, and can be external or internal.

Nir states habit-forming products start by altering users with external triggers such as a link, email, or an app icon. If you see a photo of your friend on your feed, it acts as trigger or call to action that gets you to click on the picture.

“By cycling through successive hooks, users begin to form associations with internal triggers, which attach to existing behaviours and emotions. When users start to automatically cue their next behaviour, the new habit becomes part of their everyday routine.”

There are different kinds of external triggers such as relationship triggers (from engaged users who share information with others), paid triggers (channels like advertising, but these are expensive), owned triggers (employ tacit permission, like the opt-out option from users to send notifications or triggers/updates to their phones), and earned triggers (viral videos, press mentions etc).

The internal triggers are usually driven by users’ emotions and memory associations.

The book explains, trying to avoid negative emotions like loneliness and boredom. As different products promise the power to relieve these emotions, the mind begins to associate them with relief.

Thus, to design a habit-forming product it is important to understand emotions associated with different triggers and how external factors can be used.

ALSO READ [YS Learn] The psychology, science, and tech behind fake news, and what makes it harder to crack

According to Dr BJ Fogg, Stanford University, who developed the Behaviour Model, a user’s behaviour is based on M (motivation), A (ability to perform an action), and T (trigger to prompt the action).

Thus, for a trigger to be effective, it should motivate the user enough to perform an action. Different factors motivate people, and at their core is:

Any one or more can motivate a person into performing a particular action. However, even if there is a strong trigger that brings in one or more of these motivators, a particular individual should have the ability to perform the action. The action should be easy to perform.

Nir goes to describe the six core elements of simplicity that bring in ease of use. These are:

The money it costsTime it takes to use it Level of mental labour neededPhysical effort neededAmount it matches or disrupts the daily routine of an individual Social acceptability. The lower the money, time, effort (physical and mental), and the more acceptable the product is and lesser deviation it brings from a physical route, the easier it will be to perform that action and subsequently become a habit.

However, Nir adds that between motivation and ability, it is easier to first target ability. It becomes important to build products that reduce the effort involved for the user. Motivation, along with ability can be increased, with Heuristics or mental shortcuts that help us make quick decisions. These are:

Scarcity effect - the scarer something is, the higher its value Framing effect - if a price is altered, the desirability of the product can shift Endowed progress effect - closer one feels towards a goal, the more motivated they become Anchoring effect - one aspect or feature given more prominence over the others  ALSO READ [YS Learn] Here’s what Anup Jain of Orios Venture Partners looks for in a startup pitch

But to truly get someone ‘Hooked’ to a product, the reward comes into play. It is what makes them repeatedly get to it. “Finite variability can become boring after a while, while infinite variability sustains user interest,” Nir explains.

Rewards are of different types, and can include:

Rewards of the self - bring in a sense of accomplishment Rewards of the tribe - satisfy social needs and the need to be accepted Reward of the hunt - satisfy the basic survival instinct.

However, finding the reward that motivates a product’s targeted user is a fine balance.

It is important to provide users with autonomy or a choice. Nothing should feel constrained. If a user feels they are forced into a certain behaviour, they will end up rebelling.

“When harnessed correctly, technology can enhance lives through healthful behaviours that improve our relationships, make us smarter, and increase productivity.”