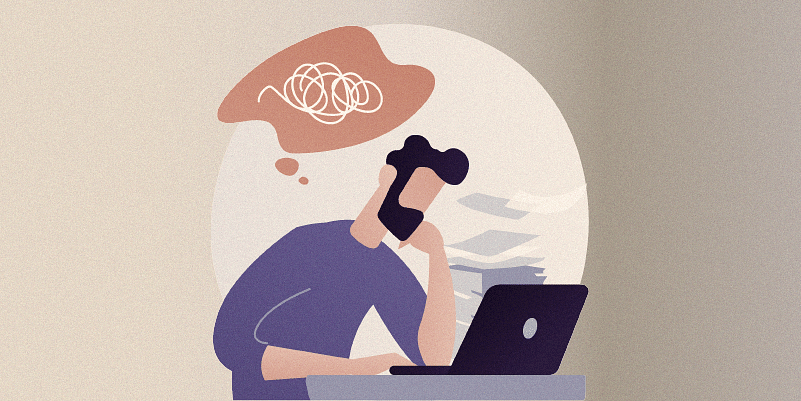 Conformity is an ingrained and learnt behaviour. Every act of conformation to rules, ideals, and processes are rewarded, and an act of rebellion punished. Conforming makes us feel a part of the majority.

A recent Harvard Business Review Report by Francesca Gino talks about how conformity at all times can be detrimental to the organisation. The report reads:

“In a recent survey I conducted of more than 2,000 employees across a wide range of industries, nearly half the respondents reported working in organisations where they regularly feel the need to conform, and more than half said that people in their organisations do not question the status quo. The results were similar when I surveyed high-level executives and midlevel managers. As this data suggests, organisations consciously or unconsciously urge employees to check a good chunk of their real selves at the door. Workers and their organisations both pay a price: decreased engagement, productivity, and innovation.”

ALSO READ [YS Learn] What startups can learn from Silicon Valley insider’s book ‘Chaos Monkeys’ Francesca quickly clarifies: “not all conformity is bad. But to be successful and evolve, organisations need to strike a balance between adherence to the formal and informal rules that provide the necessary structure and the freedom that helps employees do their best work.”

Currently, the scales have shifted purely towards designing efficient processes and employees following them. Francesca explains that the over-emphasis on processes and order has started hurting organisations, and there is a need to promote what she calls – constructive nonconformity.

“It is a behaviour that deviates from organisational norms, others’ actions, or common expectations, to the benefit of the organisation,” she writes.

How can conformity be harmful?

A study conducted in 1950 by psychologist Solomon Asch showed that many employees conform to peer pressure even when they know it can lead to bad decisions. Francesca adds, “Organisations have long exploited this tendency. Ancient Roman families employed professional mourners at funerals. Entertainment companies hire people (“claques”) to applaud at performances. And companies advertising health products often report the percentage of doctors or dentists who use their offerings.”

At the workplace, this translates to modelling the behaviour of others in similar roles, wearing certain kind of clothes, agreeing to every opinion suggested by the managers, etc. What this, in turn, does is reduce the individual’s engagement with their jobs.

Ironically, while conforming helps avoid external conflicts, it often conflicts with our internal values, beliefs, and preferences, making one feel inauthentic. Francesca says – “Of more than 1,000 employees surveyed, less than 10 percent said they worked in companies that regularly encourage nonconformity.”

While the standard status quo of thinking and doing things plays a critical role in shaping performance, it can also get us stuck in a zone, leading to decreased engagement and constraining the ability to innovate or aim higher.

“Rather than resulting from thoughtful choices, many traditions endure out of routine, or what psychologists call – the status quo bias. Because we feel validated and reassured when we stick to our usual ways of thinking and doing, and because — as research has consistently found — we weight the potential losses of deviating from the status quo much more heavily than we do the potential gains, we favour decisions that maintain the current state of affairs,” says Francesca.

Status quo can kill you

This can be dangerous as it can lead to stagnation and complacency. Francesca cited the examples of BlackBerry, Polaroid, Borders, and Myspace as companies that once had winning ideas and formulas but became complacent, and it was later too late to save them.

“Overly comfortable with the status quo, their leaders fell back on tradition and avoided the type of nonconformist behaviour that could have spurred continued success,” explains Francesca.

According to several psychological studies, most people tend to prioritise information that supports their existing beliefs and ignore information that challenges them. So we mostly overlook things that could topple our beliefs. We also view unpleasant and unexpected information as a threat to shun it. It is called motivated scepticism.

“In fact, research suggests that the manner in which we weigh evidence resembles how we weigh ourselves on a bathroom scale. If the scale delivers bad news, we hop off and get back on — perhaps the scale misfired or we misread the display. If it delivers good news, we assume it’s correct and cheerfully head for the shower,” explains Francesca.

But, she adds, by uncritically accepting information when it is consistent with what we believe and insisting on more when it isn’t, we subtly stack the deck against good decisions.

Standing out gives you a standing

But promoting non-conformity helps. Unfortunately, most managers take stringent measures to get rid of it. Little do they realise it promotes innovation and also improves performance. Quoting her research, Francesca says,

“For example, the research I conducted with Silvia Bellezza of Columbia, and Anat Keinan of Harvard, showed that observers judge a keynote speaker who wears red sneakers, a CEO who makes the rounds of Wall Street in a hoodie and jeans, and a presenter who creates her own PowerPoint template rather than using her company’s as having higher status than counterparts who conform to business norms.”

She goes ahead to outline steps that companies can use to ensure there is constructive non-conformity:

Encourage employees to reflect on what makes them feel authentic. In the HBR report, Francesca says - “The start of a new year is a natural time for employees and their leaders to reflect on what makes them unique and authentic and how they can shape their jobs — even in small ways — to avoid conformity. Reflection can also be encouraged at other career points, such as a performance review, a promotion, or a transition into a new role.”

Tell your employees what needs to be done rather than how. Citing an example, Francesca says – “When Colleen Barrett was Executive Vice President of Southwest Airlines from 1990 to 2001, she established the goal of allowing employees to be themselves. For example, flight attendants were encouraged to deliver the legally required safety announcement in their own style and with humour.”

Let your employees solve their problems on their own. Francesca illustrates that in the 1990s, British Airways got rid of its thick customer-service handbook and gave employees the freedom (within reason) to figure out how to deal with customer problems as they arose.

Let your employees define their missions. Morning Star, a California-based tomato processing company, has employees write “personal commercial mission statements” that reflect who they are and specify their goals for a given period, ones that will contribute to the company’s success.

Give employees opportunities to identify their strengths.

Tailor jobs to the strengths of the employees.

Keep asking your employees – Why? And what if? Challenge the status quo.

Stress that the company is not perfect. Citing another example, Francesca says – Ed Catmull, the Co-founder and President of Pixar Animation Studios, worried that new hires would be too awed by Pixar’s success to challenge existing practices.

Create challenging experiences. Francesca says - “It’s easy for workers to get bored and fall back on the routine when their jobs involve little variety or challenge. And employees who find their work boring lack the motivation to perform well and creatively, whereas work that is challenging enhances their engagement.”

It is important to maximise variety. This, Francesca adds, makes it less likely for employees to go on autopilot and more likely that they will come up with innovative ways to improve what they’re doing.

Give employees responsibility and accountability.

Create opportunities for employees to view problems from multiple angles.

Hire people with a diverse perspective.

By working on these steps, leaders can not only reduce their conformity but also of their employees, and encourage healthy conversation, debate, and idea-sharing.