Zillow rival Opendoor will go public via SPAC; home buying and selling platform valued at $4.8B 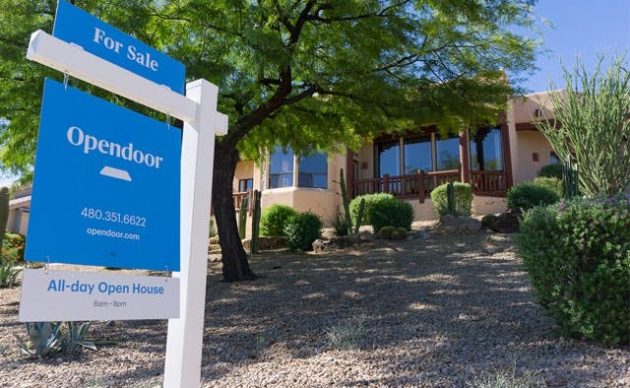 Opendoor, the Zillow Group rival that lets people directly buy and sell homes online, is going public. The San Francisco-based company is the latest to use a special purpose acquisition company, or SPAC, to test the public markets.

Opendoor will be valued at $4.8 billion after raising an additional $1 billion from previous backers and Social Capital’s Chamath Palihapitiya, who is behind the SPAC. The company has previously raised nearly $3 billion from private investors.

Big News: $IPOB is merging with @Opendoor and will take them public. More than $1B is being invested to help Opendoor build a legacy company.

This is my next big 10x idea (memo attached).

Tune into @SquawkCNBC today at 8am ET to hear more.

Opendoor said it sold more than 18,000 homes and reported $4.7 billion in revenue last year. The company makes money on fees, similar to a real estate commission, as well as the difference between what it buys and sells a home for. It also offers ancillary services including home repairs and mortgage.

“We founded Opendoor to make it simple and instant to buy and sell a home, to delight customers and make their lives less stressful, and to build an iconic, once in a generation company,” Opendoor CEO and founder Eric Wu said in a statement. “This is one of many milestones towards our mission and will help us accelerate the path towards building the digital one-stop-shop to move.”

Opendoor competes with Seattle-based Zillow Group, which is investing heavily in its own “iBuyer” real estate platform called Zillow Offers. Zillow posted better than expected financial results for its most recent quarter amid a strong U.S. housing market driven in part by record-low mortgage rates and the shift to remote work as people look for new homes.

Zillow’s “Homes” segment, which includes Zillow Offers, brought in $454 million in revenue last quarter with a loss of $80 million, before income taxes. The company sold 1,437 homes and purchased 86 homes, ending the quarter with 440 homes on its balance sheet.

Zillow CEO Rich Barton said last month that this is the beginning of “The Great Reshuffling” as the pandemic changes the way we think about home. He said families are spending an average of nine more hours per day at home, while amenities such as a backyard have become more desirable than nearby parks and gyms.